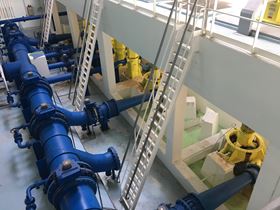 UK pump energy specialist, Riventa, has successfully identified immediate cost reductions of 21% at a critical pumping station near Paris with the company’s FREEFLOWi4.0 pump monitoring system and its HydraNet software.

Commissioned by water utility Saur, Riventa’s challenges were to identify a potential reduction in life-cycle costs, as well as show how optimisation of controls and operations could bring immediate and long-term savings in running costs, including energy efficiency.

Riventa assessed the performance of three large and three small variable speed pumps. It discovered that during certain flow rates, the system operated at up to twice the cost of optimum operation for significant amounts of time and was also well in excess of the lowest possible specific power.

Steve Barrett, managing director of Riventa, commented: “From the existing total operating cost per year of just over €157,000, we showed that by optimising the current pumps, we could reduce that to less than €124,000 Euros, but it is the optimisation of pump schedules that provides the main benefit. Payback can be achieved in less than 12 months.” 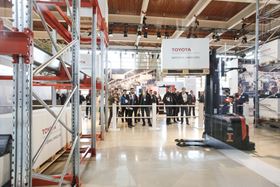